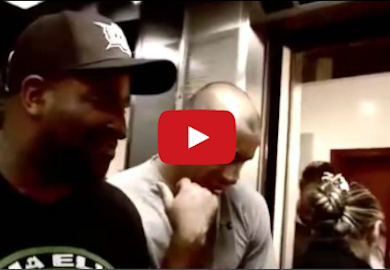 Prior to their bout, they bumped in to each other in a Brazilian elevator and while the confrontation was friendly, it was evident by their body language that neither guy knew what to expect.