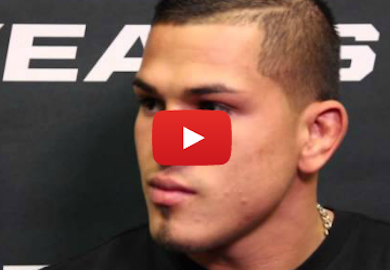 Anytime two popular fighters go at it outside of the cage it’s news worthy, even if one of the parties downplays it as nothing more than a normal occurrence.

Both Nick Diaz and Anthony Pettis lend themselves to a certain reputation for being tough individuals and one could expect neither party would back down if confronted.

In the video (above) Anthony Pettis explains the altercation that saw club security break the two teams up during last weekend’s UFC 167 events.