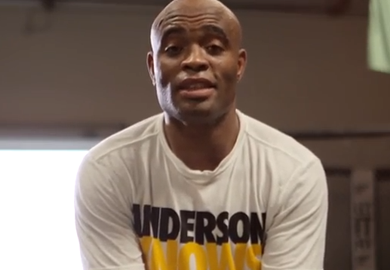 UFC President Dana White announced on Sports Center that he has booked Anderson Silva vs. Chris Weidman II For UFC 168 in December.

As part of the coverage of this announcement, ESPN released this video of Anderson Silva confirming to his fans that he is back. “I back, trust me, I back”, confirmed the former middleweight champion.