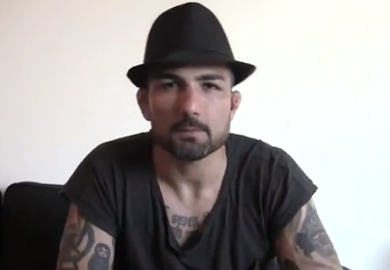 Conor McGregor entered the UFC and has been talked about and hyped up ever since.

If you missed his debut performance, it was an impressive first round TKO over Marcus Brimage just last month in Sweden.

Pegged as the next big thing, he now has his first official call-out and it comes from Akira Corassani.