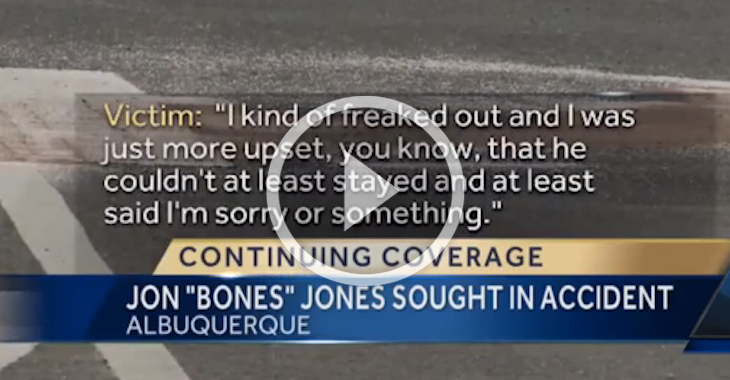 This past Sunday, Jon Jones was reportedly involved in a three car accident involving a pregnant female. Jones fled the scene of the crime and eventually turned himself in to police on Monday evening. The victim shared her thoughts on the matter in the video above.

After turning himself in, Jones stayed long enough to have his mugshot taken and was quickly released from jail after posting his $2,500 bail.