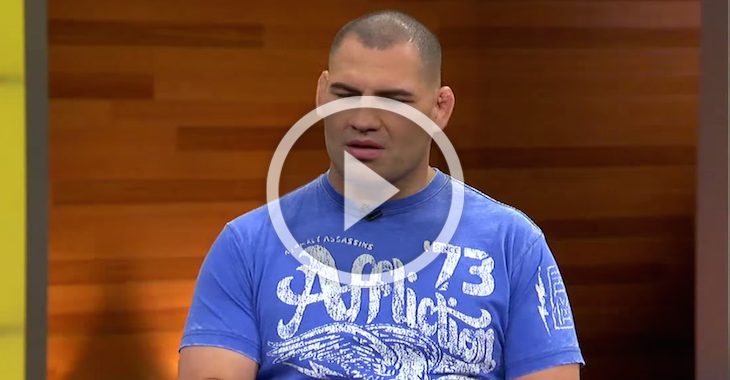 Cain Velasquez on if he’ll change his training style after all his injuries: “I’ll keep it the same. It’s working. It’s not just us getting hurt. Other fighters are too. We’re fighters. We spar. It takes a toll on the body. I’m 100 percent healthy now. I’m happy with the training camp.”

Velasquez on how he’ll fight Werdum: “He’s a complete fighter. He punches, he kicks. He’s one of the best on the ground. We know what we have to do to beat him. We have to apply a lot of pressure, a lot of punches and kicks.”

Velasquez on Werdum claiming he can win the fight anywhere it goes: “Every fighter has that confidence, but I’m going to show himSaturday what’s going to happen.”

Velasquez on if he thinks Werdum’s interim title is a paper title: “He’s the interim champ. He didn’t get the real belt, obviously. I’m happy to show everyone who the real champ is.”

Velasquez on how the fight will end: “I never have a prediction. I always say that it’s going to be a five-round war. I’m ready for everything. If it ends early, then I’ve done something right. I expect a long, grueling fight.”