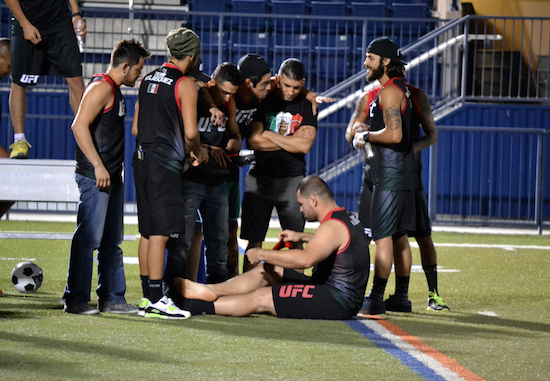 The UFC”s debut in Mexico just took a heavyweight hit to its sold-out event.

According to the UFC’s official twitter account, the UFC heavyweight champion, Cain Velasquez has pulled out of UFC 180, due to injury.

The extent of the champ’s injury is unknown at this time.

On the heels of the heavyweight champions popularity, UFC 180 sold-out 21,0000 seats in just 8-hours.

In for the injured champion comes Mark Hunt. Hunt last saw action against Roy Nelson in a fight he won via knock out.

Velasquez last fought in October of 2013, and as such, the promotion will put up an interim title for the November 15 winner.