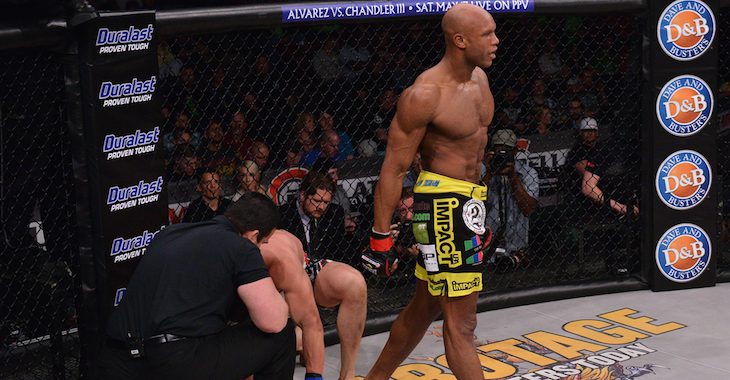 Kimbo Slice and Ken Shamrock’s fight last Friday night could go down as the most viewed event in Bellator history, but there is a chance they will break that record with their upcoming September super-card.

Bellator announced the joint venture with GLORY which is set to air on September 19, 2015. The super-card will feature a light heavyweight championship bout between Liam McGeary and Tito Ortiz as well as a one-night, four-man light heavyweight tournament.

Phil Davis will be making his debut in the tournament and he will square off with the likes of King Mo, Linton Vassell and former champion Emanuel Newton. Vassell believes that whoever walks out as the sole winner of the tournament will receive a title shot, and he wants McGeary in London.

“At first I thought it was going to be tournament over a couple of days. Then, I found out it was all in one night, then I was like ‘Wow, this is big’,” Vassell told MMAFighting. “It has to be a title fight after… I was told we would be going to London at some point. It would be great if it was me and Liam [McGeary] in London. That’d be perfect.”

Both men are from England, so the fight makes sense. Is this the most likely outcome, or do you think someone else will win the tournament? Share your thoughts in the comment section below!