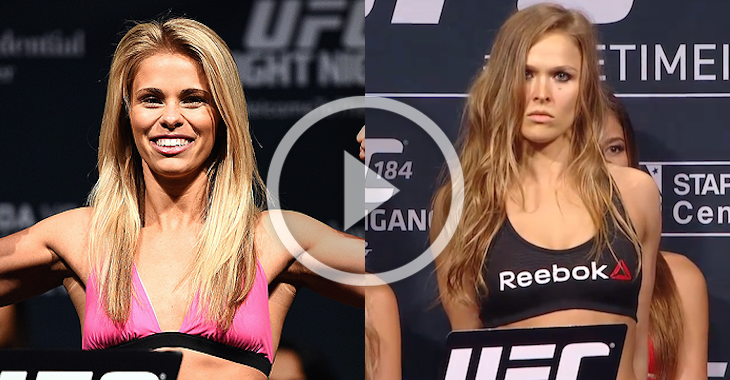 Paige VanZant has been taking the Ultimate Fighting Championship by storm well before her dominant victory over Felice Herrig at UFC on FOX 15. Her stock has risen so much within the past week, as a matter of fact, that her name has been thrown in the mix for a strawweight title shot!

Some people are even calling her the next Ronda Rousey.

One thing’s for sure, and that’s that Paige VanZant said she will “never, ever’ fight Ronda Rousey! VanZant stated they are in two different weight classes so she would never have to worry about it.