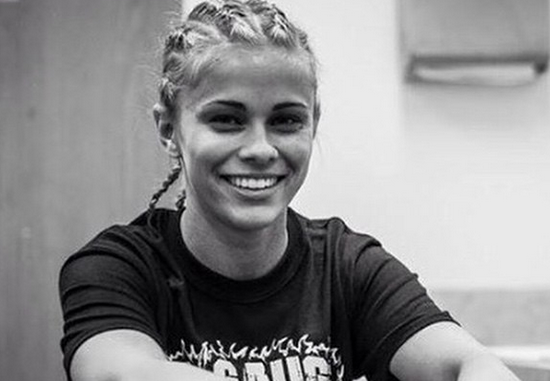 Last night on the UFC Fight Pass prelims of UFC Fight Night 57, Paige VanZant and Kailin Curran put on a ‘Fight of the Night’ performance that saw VanZant earn a 3rd round TKO win.

She spoke at the post-fight press conference about the bout, and who she would like to fight next.

“I think I set a really great tone.”

The Ultimate Fighter is currently in the second bout of the semi-final round.

Who do you want to see Paige VanZant fight next?