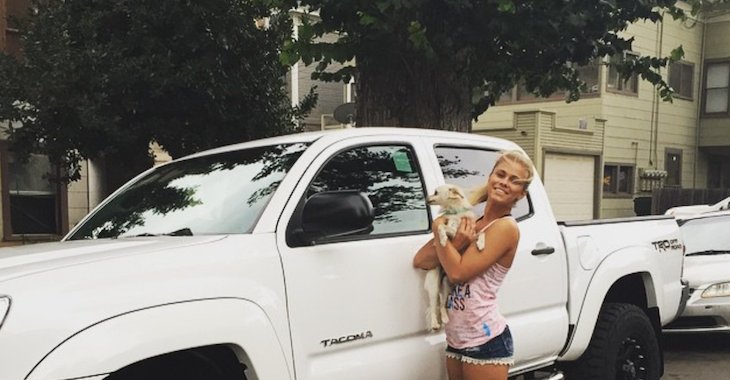 The UFC strawweight is one of a few UFC fighters who have signed a special deal with the shoe and apparel brand, a decision that brought a lot of controversy with it. VanZant is not the champion of her division and when she signed a lot of the higher ranked fighters had an issue with it.

There’s no doubt the fighter is a star and Reebok made the right call, check out what VanZant bought with her Reebok bills.

Finally got a new vehicle!!!! It’s about time. Loving my new truck. @toyotires