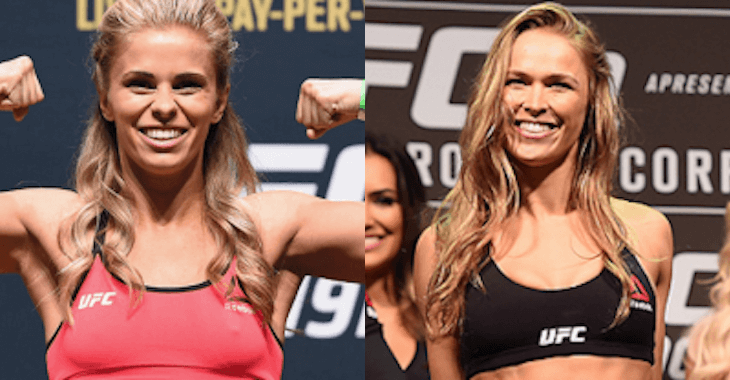 At UFC 191 Team Alpha Male’s Paige VanZant went into the octagon and handled her business, dominating Alex Chambers from the start to the finish of the fight.

She eventually managed to lock in a slick armbar in the third round. It’s become a trend, VanZant going in there and putting beatings on people. She keeps a crazy pace and never stops moving forward. She is now 3-0 in the UFC and going into the fight was ranked 7th, a number that will likely be going up in the coming days.

So what’s next, can we deem her the next Ronda Rousey? Well, VanZant says not quite yet.

She talked at the post-fight press conference about people trying to compare them and says although she’s going to try to walk in Rousey’s shoes, she still feels she has some work to do.

“It’s as much a compliment for people to even say that. But those are definitely huge shoes to fill and I have a long way before I can make that comparison. But I’m thankful that people see that, and I definitely want to follow in her footsteps.

“She’s opened some great doors for women in all athletics and especially the UFC. So I just think of it as a compliment. It’s not pressure added.”