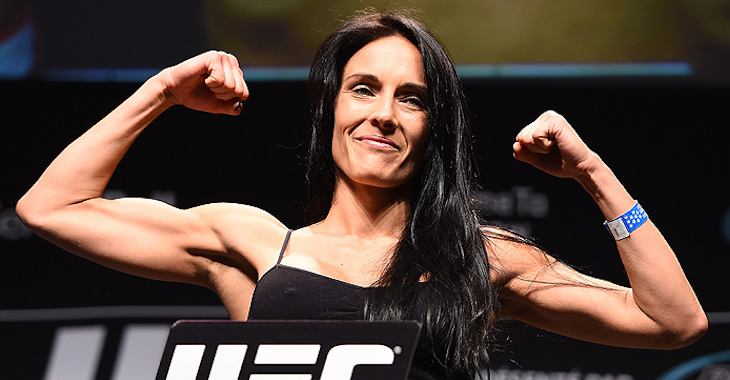 As Valerie Letourneau prepares for the biggest bout of her MMA career on November 14th against Joanna Jedrzejczyk for the UFC women’s strawweight championship, she knows she will be unable to have her longtime cornerman Hector Lombard in her corner.

Lombard is currently suspended by the NSAC, which has resulted in Letourneau being unable to have Lombard corner her.

The US Anti-Doping Agency Director of Communications released a statement to MMAJunkie:

“We are aware of the relationship between Ms. Letourneau and Mr. Lombard, and we have been in contact with both of them to advise them of the rules in regards to prohibited association. After being informed of the rules regarding prohibited association, Ms. Letourneau has since confirmed that Mr. Lombard will not be cornering for her or serving in any other prohibited capacity during his sanction.”