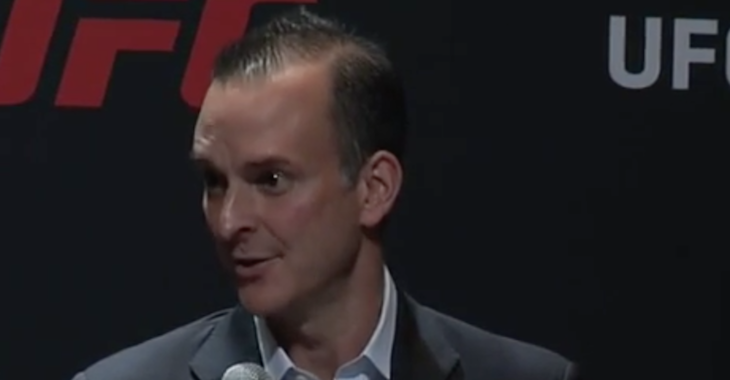 Is the age of clean MMA approaching? The UFC unveiled their new drug testing policy and their partnership with the United States Anti-Doping Agency, who will act as an independent testing agent.

A lot of fans, media and fighters were surprised by the big announcement and the UFC received overwhelmingly positive feedback. One of those positive voices came from USADA’s CEO Travis Tygart, who not to long ago questioned the UFC’s willingness to do what it takes to clean up the sport.

Tygart talked to MMAJunkie about the quick turn around from then to now and how it all came about.

“We had heard the talk from the UFC leadership, but then we started to see the action. The acquisition of Jeff Novitzky (as UFC Vice President of Athlete Health and Performance) was a bold and strong move – and not talk, but action – demonstrating that they’re serious about cleaning this up. Most people know what he did for baseball, and I’ve said it before, but all the votes that aren’t going to the convicted or admitted steroid and PED users in baseball for the Hall of Fame, those should be going to Jeff Novitzky. Baseball’s culture for clean athletes wouldn’t be where it’s at today without Jeff Novtizky.”

Are you hopeful the new policy will make everything fair?