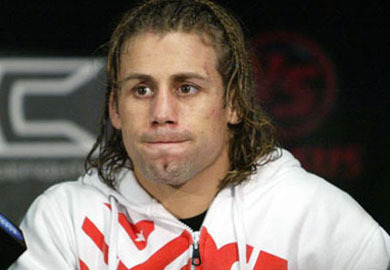 Ever since the UFC announced that UFC on FOX 9 will take place in Sacramento, California, talks of ‘The California Kid’ Urijah Faber (29-6) being placed on the card sounded less like rumor and more accurately, like a sure thing, as Faber fights out of Sacramento.

Faber will face fellow former number one bantamweight contender, Michael McDonald (16-2) in a bout that fans have been clamoring over for the past year.

The announcement comes on the heels of a UFC Tonight show that revealed that B.J. Penn and Frankie Edgar would be the coaches on the 19th season of The Ultimate Fighter. Faber was expected to take on Edgar as his opposing coach according to UFC president Dana White but a weight class could not be agreed upon, thus letting Faber get this bout with McDonald officially booked.

Both men are coming off of exciting bouts. Faber defeated Yuri Alcantara at UFC on FS1 back in August while McDonald taught us why blinking during an MMA bout is a bad idea as he put on a show against Brad Pickett on the same card. McDonald earned a double bonus that night for his submission and for the fight itself.