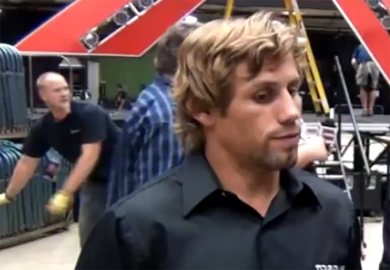 “This is why I got into the sport. To fight the best guys in the world and there is no doubt that Michael McDonald, in my opinion, is the most dangerous striker in our division. I mean, he knocks guys out, he rocks everybody, he’s smaller but faster than most of the guys. It might be hard, but I think he could make a run at 125 pounds. He’ll probably grow still, as a 22-year-old. He’s a scary kid, period. And that has to excite you because the real motivator in there is instinctual. You’re in a dangerous spot and you need to prove that you can survive and prove that you’re the man and prove that you are the better fighter. I’m going to have to do that with every ounce of my effort.”

On December 14th, the UFC hits Sacramento with UFC on FOX 9.

Representing his hometown, Urijah Faber has been given a tall order in the form of his opponent on the card, Michael McDonald.

In this interview with ‘The MMA Hour‘ The California Kid proclaims his young opponent as the divisions best and most dangerous striker.