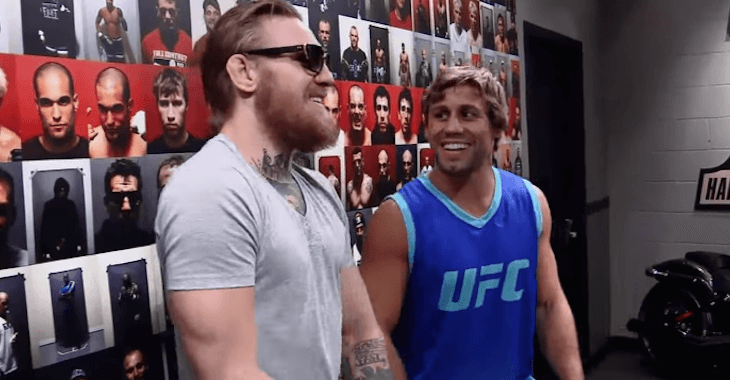 Before Conor McGregor even had the gold slung over his shoulder, countless featherweights were calling him out and trying to land a fight with him. McGregor always had his eye on the prize, however, and ultimately became the UFC’s interim featherweight champion when he defeated Chad Mendes by way of technical knockout at UFC 189.

Current UFC Featherweight Champion Jose Aldo was temporarily out of the picture with a rib injury and fans were wondering what was next for “The Notorious”. The logical next steps would be for him to square off with Frankie Edgar or offer Mendes a rematch for stepping in on short notice. Then, it was announced that Urijah Faber and Conor McGregor would be coaching opposite of each other in the twenty-second season of “The Ultimate Fighter”. Unlike other seasons, however, Dana White revealed Faber would not be fighting McGregor.

It was eventually revealed that McGregor would be unifying his belt with Jose Aldo’s to decide who was the undisputed champion of the featherweight division. When asked why he didn’t get the fight, though, Faber responded bluntly.

“I have the most submissions in the history of the sport and he’s tapped to a kneebar in a minute-something, a choke by someone else,” Faber told the media at a recent press event. Faber will now fight Frankie Senz at UFC 194. “I don’t think Conor’s scared of anything. He’s game to fight. The UFC brass is walking gingerly around it.”

Who do you think would win if Faber and McGregor squared off? Share your prediction in the comment section below!