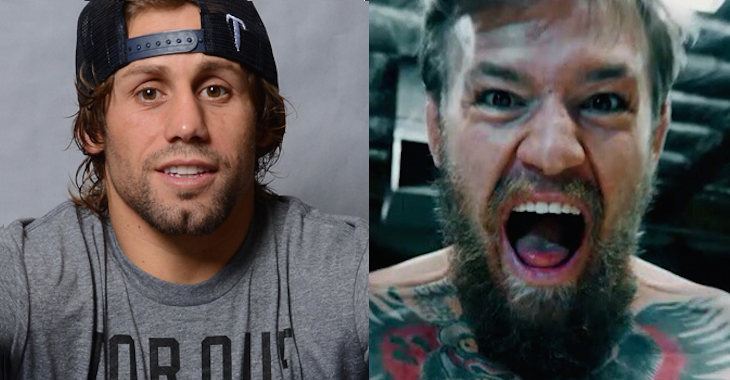 Team Alpha Male’s Chad Mendes will be stepping into the octagon to replace UFC Featherweight Champion Jose Aldo at “UFC 189”. Conor McGregor started his trash-talking of Mendes right off the bat, as expected, and Mendes has dished out his fair share of it as well.

Now, Mendes’ teammate Urijah Faber is getting in on the fun! Check out what Faber had to say about their upcoming bout below:

Would you be interested in seeing Faber face McGregor somewhere down the road? Who do you think would win that matchup?