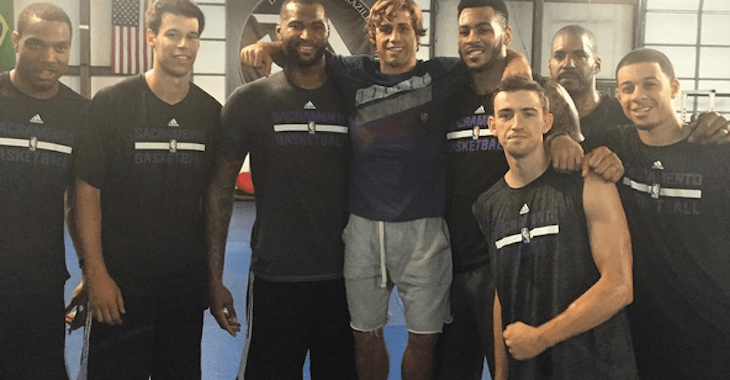 Several players from the NBA’s Sacramento Kings made their way down to the Team Alpha Male training center to get a little taste of the world of mixed martial arts. Former World Extreme Cagefighting Champion and current The Ultimate Fighter Season 22 Coach Urijah Faber showed them around the facility and got them into better shape just in case a repeat of the Pacers/Pistons brawl breaks out!

In all seriousness, NBA is a physically demanding game as you have to possess elite conditioning to run from coast-to-coast to make sure your opposition doesn’t score on you. The Kings are likely learning some conditioning exercises to show their teammates once they head back to Sacramento— check them out in the video below!

Most dangerous NBA team in the League! @sacramentokings Had a great time dropping some mama knowledge on Sac-towns finest. @boogiecousins @teamalphamalemma @urijahsuf