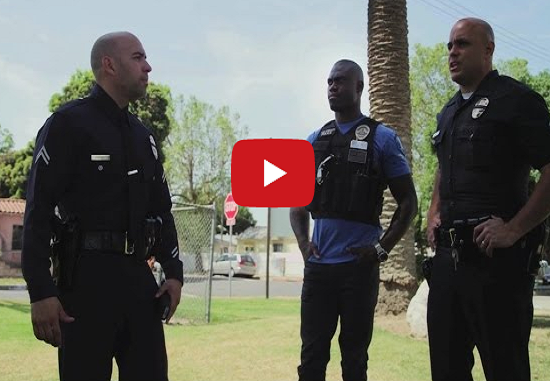 Knockout artist Uriah Hall with the LAPD for a ride along recently through the mean streets of Los Angeles where gang activity and crime is the norm. Hall had the ride along recorded, and the footage was uploaded to YouTube.

Hall was also a guest speaker at the Sunburst Youth Challenge Academy about his childhood, growing up bullied, and his struggles.