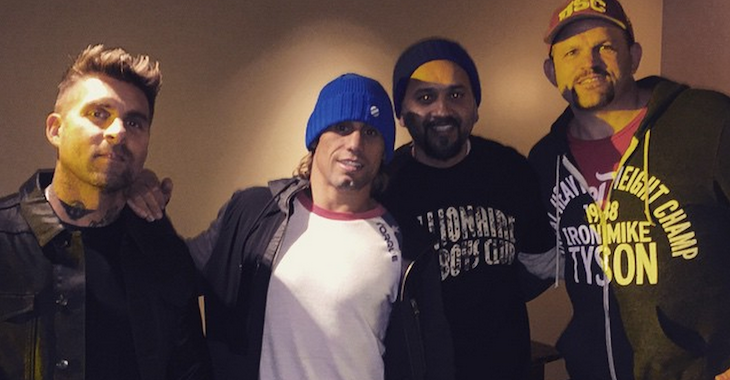 The UFC just recently announced a fight that has everyone in the MMA world buzzing and that is the matchup between former champions Uriah Faber and Frankie Edgar, taking place at UFC Fight Night 65 in Manila on May 16.

On the recent episode of Team Alpha Male Radio ‘The California Kid’ himself joined the live video podcast and talked about the announcement and gave his thoughts on the super fight taking place at featherweight.

“Frankie is a guy that is a legend in my opinion, one of the best fighters pound for pound. We know that because he’s beat fighters who are pound for pound, and so have I. It’s a fight that I’ve been wanting for a long time, not because of anything against Frankie, just because I got into this sport because I wanted challenges. I like to have big fights, I like to have stuff that gets me motivated and this is the biggest one that could be put together for me right now.”

“This gets me pumped, a challenge like this, against a guy like this, this is exactly why I started fighting.”

Then Faber had some fun with his opponent and threw out some “fighting words”.

WATCH URIJAH FABER BREAK DOWN HIS FIGHT AGAINST FRANKIE EDGAR IN THE CLIP BELOW: