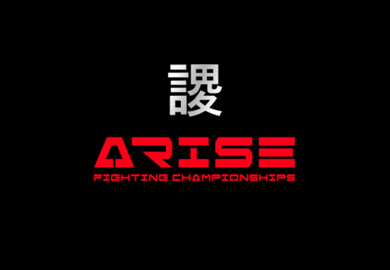 Upstart promotion, Arise FC (@AriseFC), has just confirmed its first ever main event set for their debut show on 6/15.

On the mixed MMA / Muay Thai fight card James Terry vs. Mike De La Torre will compete in a lightweight bout that will serve as the evening’s main event.

Terry is a 10-fight Strikeforce veteran who hails from the popular MMA headquarters of, UFC middleweight fighter, Cung Le. During his tenure under the Strikeforce banner he amassed a respectable 6-4 record with the promotion while losing by only decisions. In his last contest he dropped a split-decision to the fast rising UFC lightweight Bobby Green.

De La Torre is one of the MMA Lab’s newest lightweight prospects. With a 13-fight career, that spans the course of the last 7 years, he has strung together an impressive 10-3 MMA record while competing for various promotions on the regional circuit. His last outing was under the Xplode banner in San Diego, CA, where it took him just over a minute to defeat Jordan DeLano via TKO.

This event is set to go down next month at the Santa Clara Convention Center in Santa Clara, California on June 15.

Well known combat sports industry leaders, including popular Strikeforce matchmaker Rich Chou, have formed a new promotion that will make its debut on the Northern California scene next month at the Santa Clara Convention Center in Santa Clara, California on June 15.

With both Mixed Martial Arts and Muay Thai fights scheduled for action the “Arise Fighting Championships” debut is sure to deliver fireworks in an area that has long been considered a hotbed for both sports.

Mixed Martial Arts contested in a ring, instead of a cage, has often been thought of as a more pure way to contest the sport. From Shooto, to Pancrase as well as PRIDE and DREAM, the history of MMA in a ring is one that has spanned the globe. However, its unfortunate lack of use in the States has always been a sore spot for purists and hardcore fans.

Additionally, Muay Thai has long been considered one of the most entertaining and action packed combat sports on the planet. Action packed striking competitions with fast paced rounds and spectacular finishes are almost guaranteed in every Muay Thai match.

“Arise Fighting Championships” is set to deliver both arts and with a healthy dose of Muay Thai striking action mixed with MMA bouts, this upstart promotion is poised to be a regional staple in the Bay Area.

To get your tickets for the June 15 event head over to www.AriseFC.com. Doors open at 5:30 p.m. and the first bout hits the ring just an hour later.