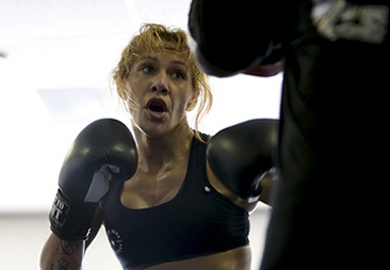 Lets be honest, Tito Ortiz didn’t really do that great of a job managing his own career as a fighter.

That’s probably why he doesn’t have a flock of guys lining up to sign with his management services. The highest profile athlete on his roster is currently female slugger, Cris Cyborg.

The female phenom, probably at the advice of her manager, is refusing to shed 10 pounds on her already gargantuan frame to keep a place on the UFC’s female roster.

With experts like Mike Dolce willing to help her make the transition, her manager still proclaims that it’s just impossible and as a result would like the UFC to release the former champion from her contract!

Is anybody buying that Cyborg can’t lose the weight?