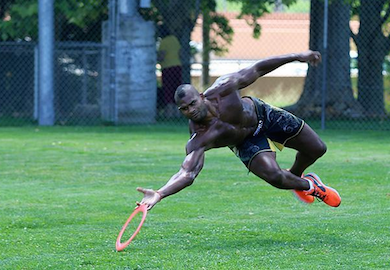 As part of a new camp at Greg Jackson’s, former Strikeforce heavyweight champion Alistair Overeem is taking to the team atmosphere with flying colors.

And while some contest his commitment to the team concept, these photo’s show fans that he’s making the most of it.

So the Cameras show up and @Alistairovereem think he plays for NFL lol So fun @TimKennedyMMA Ultimate Frisbee pic.twitter.com/VpmyFXtwmC