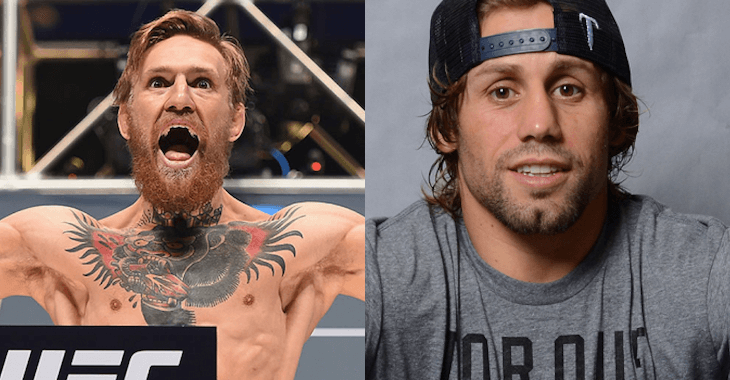 The contestants for the twenty-second season of “The Ultimate Fighter” have been announced and there are some big names in the mix! Thirty-two UFC hopefuls, sixteen Americans and sixteen Europeans, will duke it out in the octagon for the right to stay in the Ultimate Fighter House.

The Europeans will be led by Dublin’s own McGregor (18-2, fighting out of Dublin, Ireland), while the American squad will be under the tutelage of Faber (32-8, fighting out of Sacramento, Calif.). The fighters from around the globe will descend upon the Las Vegas desert for a chance at a UFC contract and the ability to be coached by two of the sports’ best. Given the history between McGregor and Faber’s Team Alpha Male gym, paired with national pride on the line, the teams’ rivalry will be fierce and competition intense.

Below is a full list of competitors by team and in alphabetical order (name, professional record, age, hometown):

Ryan Hall is one of the names that stands out above the bunch. The jiu-jitsu expert possesses a black belt under Felipe Costa and has earned several medals while grappling in elite tournaments such as ADCC and Grappler’s Quest. The American transitioned to the sport of mixed martial arts in 2012 when he joined Tristar Gym, the home of Georges St-Pierre.

Hall will walk into the competition with an impressive record of four wins and one loss, his sole defeat taking place in 2006 where he had a one-off MMA fight. Since restarting his career in 2012, Hall has finished all of his opponents.

Who do you think is the best of the lot? Share your pick to win in the comment section below!