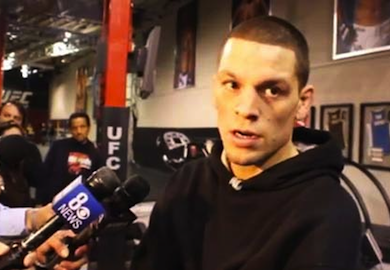 The fan favorite Californian was previously ranked as high as #1 but was last seen holding the #5 position before his sudden removal.

Several reasons could cause a fighter to lose their ranking. A long stint of inactivity like T.J. Grant, a run of mixed performances like Joe Lauzon or even a removal from the UFC’s roster like Georges St-Pierre.

The Stockton fighter has been campaigning for more money and turning down fights in the process. But he recently KTFO’d Gray Maynard in the TUF 18 Finale main event and is just two fights removed from a title shot.