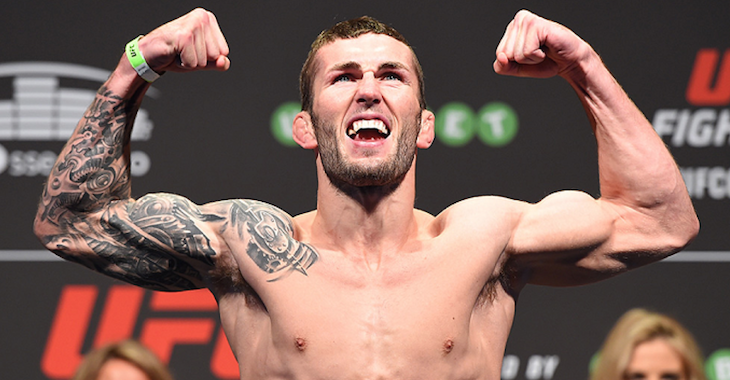 To kick things off on the main card Leonardo Mafra took on hometown boy Stevie Ray.

Ray stayed patient, landing the occasional leg kick. Mafra came in with leg kicks and Ray caught him with a big counter punch that made Mafra wobble. Right away, Ray went after him, looking to land big punches.

Mafra stood in there, trying to sway and land his own big punches, but Ray clipped him several more times. Ray kept coming and eventually connected with a huge shot that sent Mafra stumbling back and to the mat. Ray rushed in and landed a few big punches while Mafra was down, then the referee stepped in and stopped the fight. The crowd exploded with cheers!