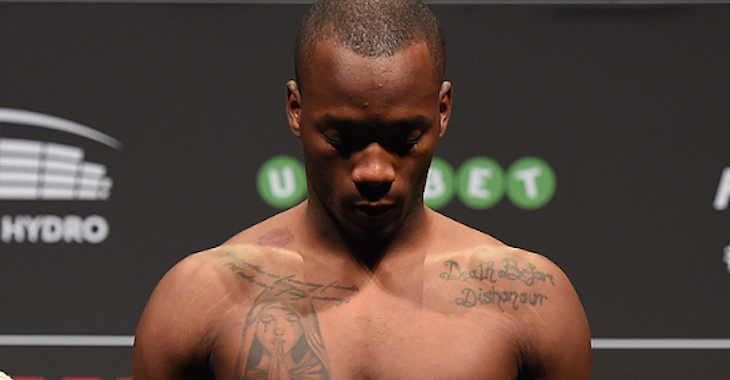 Edwards threw up a head kick early, it was blocked. Edwards continued to move forward, with body kicks and punches. Edwards connected with a big combo, then moved in and clinched Pawlak on the cage. Edwards broke away and landed big punches. Pawlak moved in for the clinch on the cage, he got reversed and Edwards took control. After a while the referee stepped in and separated them. Both fighters connected with hard body kicks before the round ended.

The stand up action picked up in the second round. Edwards kept the pressure on and walked Pawlak up to the cage. Edwards eventually got the clinch and put Pawlak on the cage. The referee separated them again. Pawlak moved in and shot for a takedown. Edwards sprawled and took top control. He stayed on top landing strikes until the round ended.

The third seemed to be going the same as round two until out of nowhere Edwards lands a head kick that drops Pawlak to the mat. It looked like it might be over but Pawlak recovered. Edwards worked on the ground, then eventually stood up. Edwards got the clinch and kept Pawlak there for the rest of the fight.