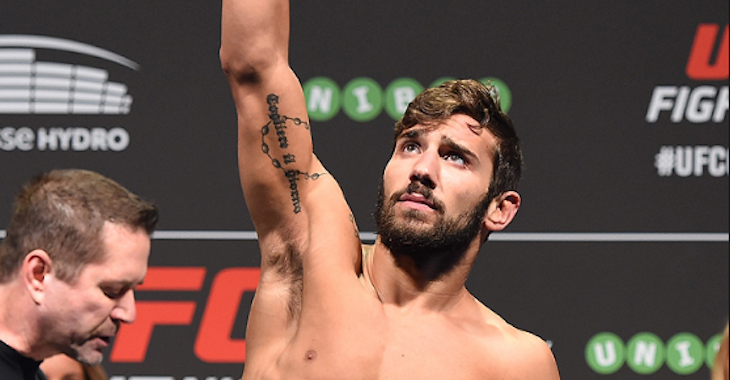 The second fight of the night/morning was between Marcus Brimage and Jimmy Rivera.

Rivera tried for a head kick early. It was blocked. Both men were wasting no time with their striking. Brimage got tripped with a leg kick, but got right back to his feet. These two were throwing big shots.

They had no issue standing in front of each other and trading. Brimage got clipped with a big shot that wobbled him. From there, Rivera rushed him, swinging like a wild man. He backed Brimage up to the cage and landed another big punch that put Brimage down. He started to swarm and land punches while he was down, but the referee stepped in and stopped the fight. Impressive debut for Rivera.