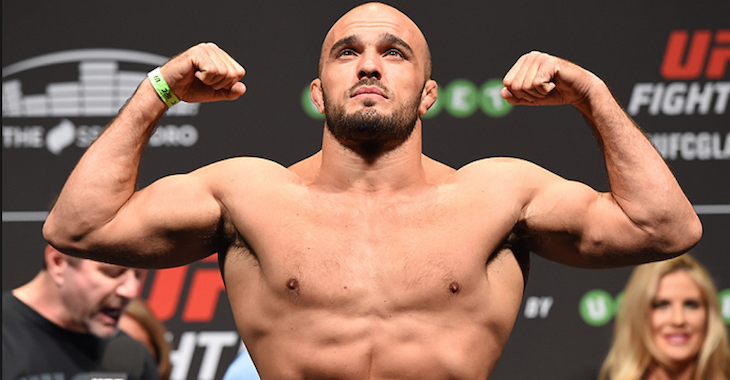 Light heavyweights Illir Latifi and Hans Stringer went at it in the third fight on the FOX Sports 1 prelims.

So, Latifi probably only threw a few punches in the fight, but that’s all he needed.

Stringer pressured Latifi back and to the cage. With his back on the cage Latifi shot forward with a massive right hand that puts Stringer down. Latifi followed up with strikes on the ground before the referee stepped in.