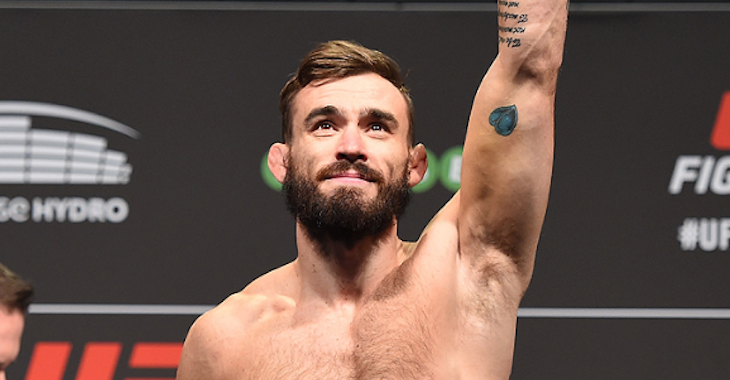 They start exchanging, Whiteford throws a fast combo and catches Redmond clean with a left hand that drops Redmond, who falls stiff. He jumps on him and the referee pushes him off before any more damage can be done. The crowd went nuts, Whiteford ran out of the cage and into the crowd, he was clearly overjoyed. What a way to start the prelims!