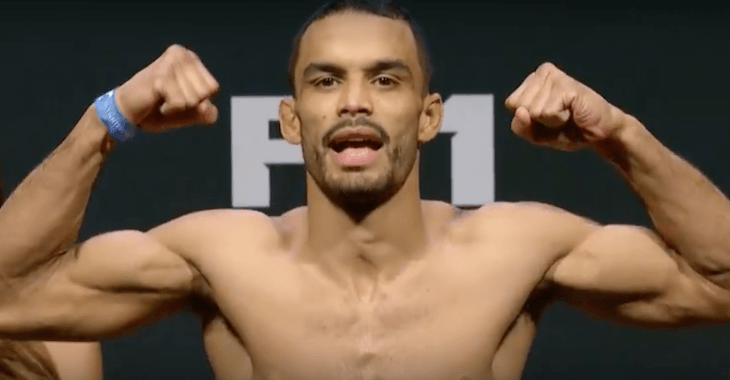 A bantamweight scrap between Rob Font and Joey Gomez served as the second bout of “UFC Fight Night 81′ in Boston.

Rob Font was able to use some slick footwork to set up an early takedown on Gomez. Joey immediately gets back to his feet. Font is able to slip in and score a second takedown but once again Gomez is able to scramble back to his feet in mere seconds. Good uppercut followed by a left hand for Font. Gomez pushes forward but misses with his punches. Good combo from Font. Rob Font with a solid combo. Gomez returns a nice right from the clinch. Good jab from Gomez. Font returns fire with a right. Round one comes to an end.

Round two begins and Font opens by throwing a big right that just misses. Gomez paws with the jab. Front kick misses from Font. Spinning head kick partially lands for Rob. Good right hand lands for Font. He follows up with a left. Some decent front kicks to the body by Font. Good kick from Gomez. Rob answers with a left hand. A big left from Font hurts Gomez. Joey dives in for a takedown and it lands. Font scrambles to his feet but eats a knee. Nice punch, then an elbow from Font. Big left hand! More big strikes from Rob land. The ref is going to call it and does. This fight is over.

Rob Font defeats Joey Gomez via TKO at 4:13 of round 2