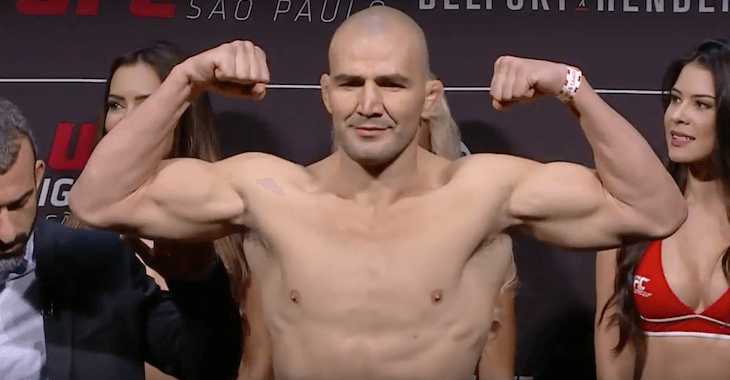 Cummins was able to land an early takedown in round one but Teixeira quickly bounced up to his feet. Teixeira landed a beautiful combination that rocked Cummins and put him on wobbly legs. Cummins would survive and force another takedown. Again Glover would work his way back to his feet. Cummins would land a solid knee and then Glover responded with punches to end round one.

Round two and both fighters are happy to throw down. Glover is getting the better of Cummins so Patrick dives in for a takedown. Stuffed by Glover. Huge uppercuts landed by Glover. Rights and lefts. It’s all over as Herb Dean steps in and stops the beating.

Glover Teixeira wins via TKO at 1:12 of Round 2