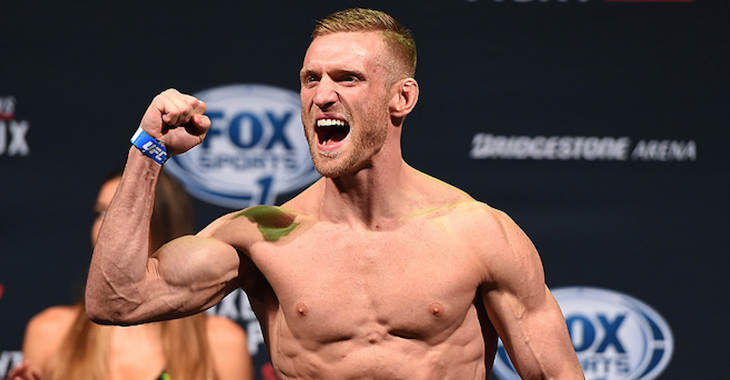 In the first fight of the night Anthony Christodoulou took on Scott Holtzman.

Holtzman landed a big body kick early in the second round. Anthony’s corner wanted him to go for a takedown but it didn’t see, like he was working to do so. Holtzman continued to land often with clean shots. Spinning elbow landed for Holtzman, then a straight right hand right after. It was really all Holtzman in the second, just walking Anthony down and landing at will. Right at the end of the round Anthony threatened with an ankle lock, but lost it.

Holtzman continued his dominance in the third. Anthony just looked outclassed no matter where the fight went. Eventually Holtzman got the fight to the ground and moved to the back right away. He made it look easy and locked in the rear naked choke.

RESULT: Holtzman wins via submission (RNC) at 2:40 of round 3