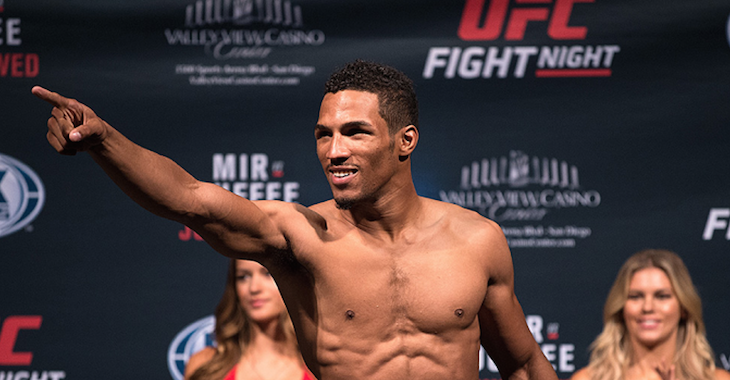 Kevin Lee and James Moontasri entered the octagon for the second fight of the main card.

After some positioning, Lee gets the rear-naked choke locked in tight. Moontasri tried to defend but he wasn’t going to get out of it. He was forced to tap.