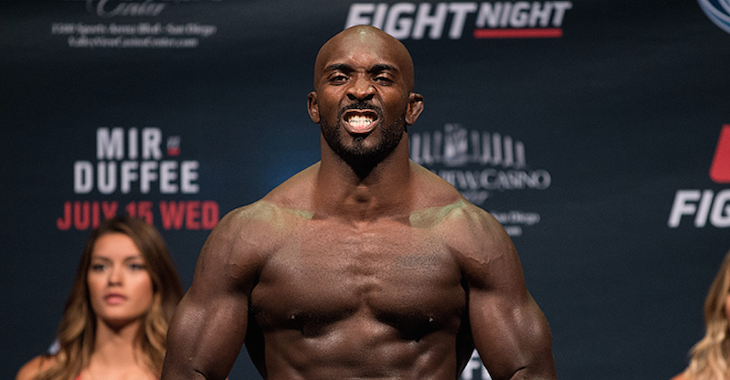 ‘King’ Kevin Casey and Ildemar Alcantara squared off in the second fight of the night.

Casey came out swinging big shots, then landed a leg kick. Casey looked to land big bombs, connecting with a few early. Ildemar landed a nice body kick, then another. Casey shot in but lost position and Ildemar took Casey’s back. Casey stayed patient, then reversed and took top position, in Ildemar’s guard. Ildemar went for a triangle but Casey got free and took side control, then moved to the back. He eventually lost position and moved to full guard. Casey stayed there until the round ended.

In the second, both fighters felt out the stand up game. Ildemar tried to counter but was unable to land much of anything. The fight drastically slowed down in the second. Casey just walked Ildemar down and did near to nothing, while Ildemar did even less. With about thirty seconds left Casey landed with a big left that put Ildemar down. Casey jumped on him, but Ildemar did a good job of holding on to him.

In the third the fight looked a lot like the second round. Casey still went for massive punches, trying to knock his head off. Ildemar landed a knee when Casey ducked down to throw a punch. Casey eventually got the fight down to the ground towards the end of the fight, and kept it there until the end.