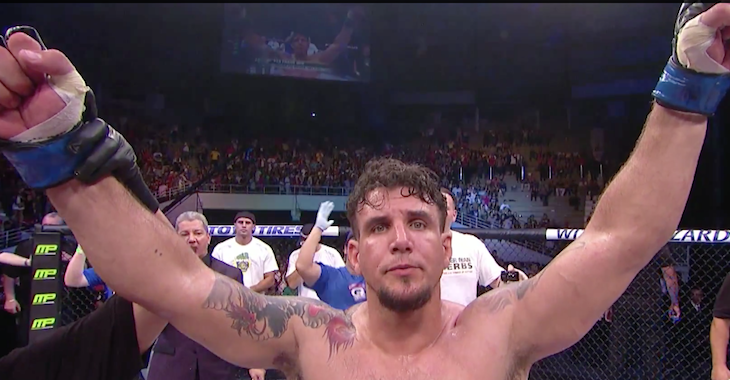 Frank Mir put a major exclamation on Wednesday’s night of fights. In the main event Mir landed a punch that put Todd Duffee’s lights out in the first round. In the co-main lightweights Tony Ferguson and Josh Thomson went to war and it was Ferguson who came out on top.

Four fighters picked up an extra $50K for their efforts, here’s the rundown:

Fight of The Night: Alan Jouban vs. Matt Dwyer

Performance(s) of The Night: Frank Mir and Tony Ferguson

What was your favorite moment of the night?