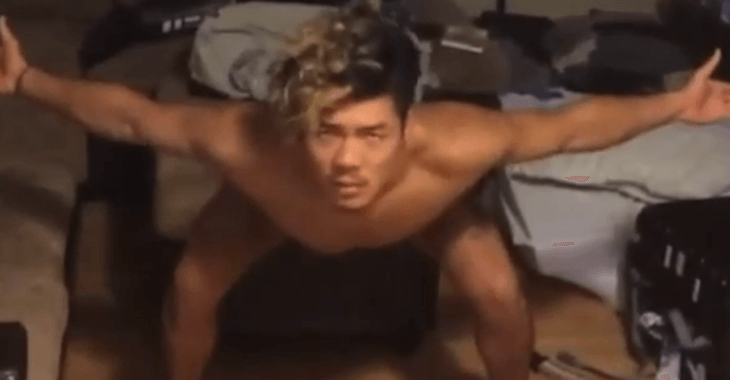 “Road to UFC: Japan” finalist Teruto Ishihara impressively made his way into the finals of the show’s featherweight tournament with Mizuto Hirota. The two put on one of the most entertaining fights of the night, but battled to a split draw. The fight was for a UFC contract and UFC President Dana White confirmed that both men would be getting a contract with the company!

Several weeks before the show even started, Ishihara released quite an interesting video parodying a famous Japanese skit. It’s hard to describe… just… see for yourself. Props to lepride of /r/MMA for digging up this gem!

It’s good to see the newest UFC fighter has such a good sense of humor!