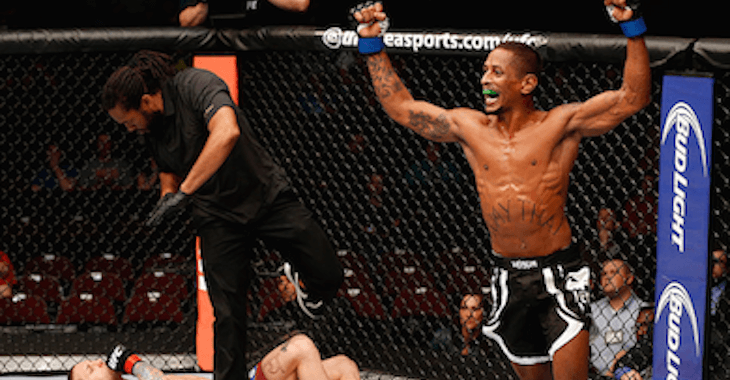 Just last week UFC bantamweight Aljamain Sterling was questioning his career as an MMA fighter after not being able to get a fight in quite some time. Well he got one, against Johnny Eduardo, and right away the talking between the two of them started.

Sterling, who stays fairly active on social media, started taunting Eduardo. However, Eduardo is not someone who’s going to sit around and take it without dishing out some of his own fire.

The bantamweight recently talked to Combate and had plenty to say about his upcoming opponents attempt to get under his skin.

“Sterling is using the wrong approach to get at me. He wants to get in my head, but I’m used to seeing hell all the time. He doesn’t know my life or my story. I laugh at the things he says, because I see that he’s emotionally out of control. His fear is crystal clear, his insecurity is obvious. He’s like a dog that barks, barks and barks, but doesn’t bite. He’s only thinking of attacking in order to defend himself. He’s trying to sell this image of him being dangerous, but the truth is he’s shitting himself out of fear. He goes on my Twitter everyday, he must be in love with me if he goes through my life like that.”