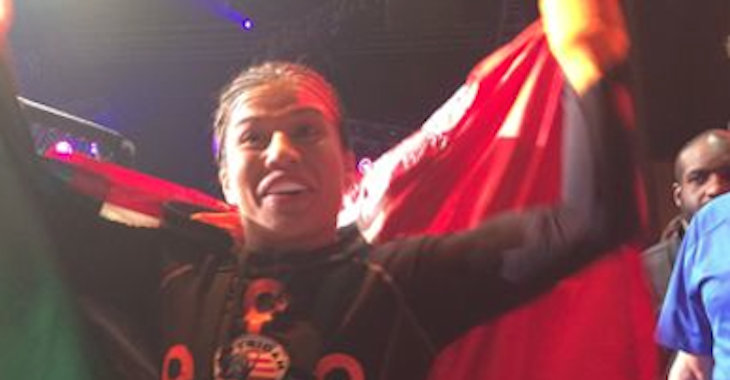 Former WSOF champion and newly signed UFC fighter Jessica Aguilar told MMAJunkie that the strawweight champion, Joanna Jedrzejczyk, is “one-dimensional” and explained how a fight would go between the two of them.

Aguilar will fight Claudia Gadelha at next months UFC 190. If she wins that fight, there’s a good chance she would face off with the champ in her next outing.

Do you think Aguilar has what it takes to take the UFC strap from Joanna Champion?