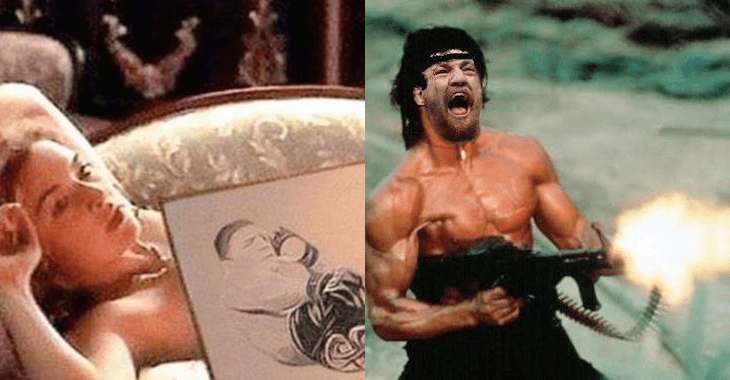 So these days it seems like all the movie roles are going to the UFC’s female fighters. From Ronda Rousey taking over Hollywood and replacing Patrick Swayze to the Anti-Rousey group, Miesha Tate, Holly Holm and Cyborg acting in that ‘Fight Valley’ movie. As far as current male UFC fighters, it looks like they’re out of luck in the Hollywood department.

Well, we put our casting hat on and came up with a few great ideas for some movie roles for some of the biggest UFC stars to play.

First, we have a remake/reboot of Titanic. Just like Rousey is gender swapping Swayze’s character, we would have UFC fighter Nick Diaz play the role of Rose, the girl who let Leonardo DiCaprio freeze in the ocean. In this movie, unlike the original, Diaz’s character would be the hero and every single time he walked by someone screaming and yelling in fear he wold just tell them not to be scared, homie. Then he would just punch the iceberg over and over until it shattered to pieces.

Our second option would be Rambo 500, or whatever number they’re on now, and it would star UFC interim champ Conor McGregor in the role of Rambo, instead of Sly.

He would be known as McRambo and would fight in Ireland, of course, and save the day by taking out bad guys. Yup, just him laughing and yelling, shooting a giant gun at tons and tons of bad guys, yelling, ‘It’s red panty night!’

So, after hearing our genius ideas, which were inspired by the pic below, which would you rather see in the theatre? Diaz on a big boat or McGregor jacked and being violent?