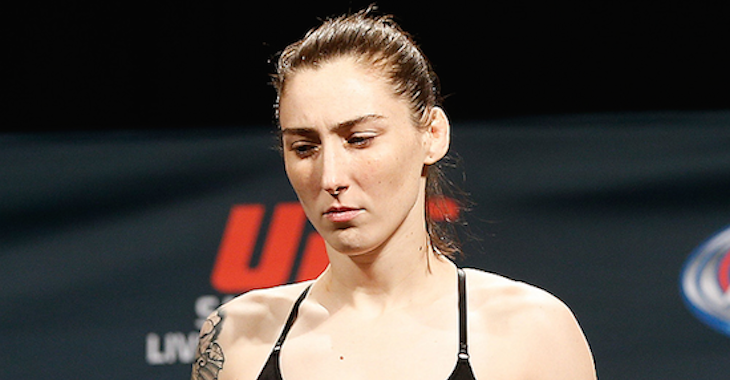 UFC veteran Alexis Dufresne was forced to pull out of her upcoming Bellator 138 bout with Arlene Blencowe because she is pregnant! Dufresne will be putting her fight career on hold for the foreseeable future.

Dufresne lost two straight bouts while with the UFC against Marion Reneau and Sarah Moras. She was quickly cut after her bout with Reneau as it was the second time in a row she missed weight.