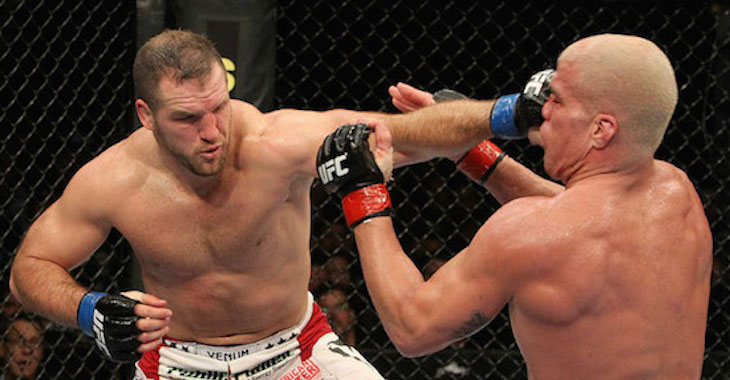 “Everyone was going like 70 miles per hour. She was driving the wrong way, just kind of swerving around… She was going slower but she was going on the wrong side of the street, and you could see her face, she was kind of drooling. There was obviously something going on with her that just wasn’t right. She was breathing fine, but you could just tell there was something, some issues.

“It seemed like Pac-Man, trying to avoid all the little ghosts. She was all over the place.”

Hamill told MMAFighting about how he was driving down the road when he noticed a car driving into oncoming traffic on the other side of the street. He could have easily shook his head and kept driving, but he turned around in the middle of the road and chased the car down! It turned out there was a child in the backseat.

“A lot of the cars, they had been honking. And I’m sure that the noise and the car just weaving (upset him)”

“He had a seatbelt on and he was in his car seat, but I’m sure it was a scary situation and he was worried what was going on. The mother was just weaving all over the road.

“He was fine and everything, just a little bit upset, but if she hadn’t been stopped I definitely feel like someone would’ve ran into something. The mother was on drugs and had been drinking apparently.”

Matt Hamill may have been forced to pull out of his WSOF fight this past weekend, but he had a hero moment when he saved a little child from a scary situation!