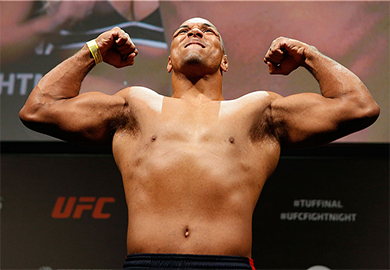 Marcos Rogerio de Lima made a HUGE impact during his UFC debut tonight. He only needed 20 seconds to take care of Richardson Moreira, and he did it in impressive fashion.

Right after separating from the clinch, Moreira threw a right hand that missed which allowed Rogerio de Lima to throw one of his own and it landed flush. Moreira spun around and fell to his knees. He tried to get back to his feet but Rogerio de Lima popped him with a left and that was all she wrote for Moreira. When the referee pulled Rogerio de Lima off, Moreira was still looking at the ceiling— out cold.