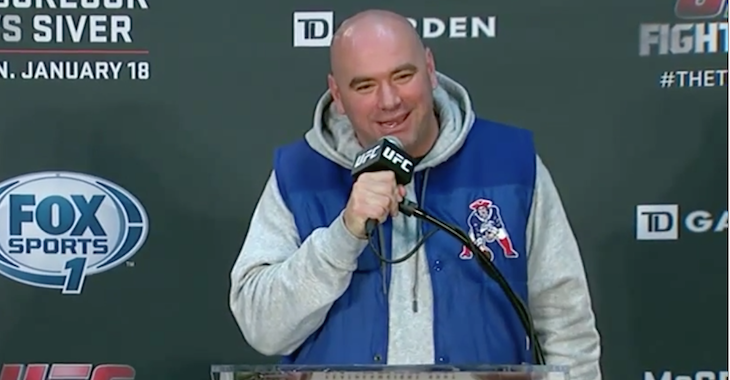 With his win over Dennis Siver last night at “UFC Fight Night Boston”, Conor McGregor became the #1 contender, earning himself the chance to challenge Jose Aldo for the featherweight strap.

At the post-fight press conference, Dana White answered the question on everyone’s minds, ‘When will Aldo vs. McGregor happen, and where?’

“We’re looking at May in Vegas,”

This reiterates what White had said leading up to “Fight Night Boston”, that Aldo vs. McGregor would happen in Vegas, and not Ireland as initially expected.

The UFC released it’s entire 2015 calendar in December at the “UFC: The Time Is Now” Press Conference (See that HERE). Based off their Pay-Per View dates in May, if the UFC plans to do Aldo vs. McGregor in May, it would be at UFC 187 on May 23rd.