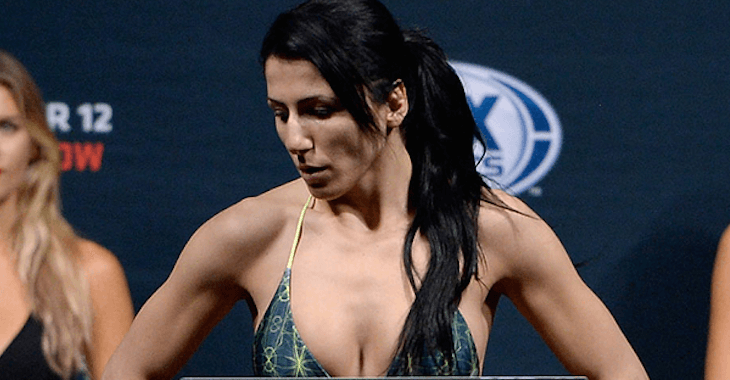 When you are working toward a specific goal and looking to achieve a dream, only the luckiest of people have moment where everything becomes clear and it all just “clicks”. For UFC strawweight Randa Markos, that moment happened this past weekend when she decided to quit her day job and move to Montreal to pursue her dream of becoming a UFC champion.

The Ultimate Fighter alum found brief success on the show, but failed to make an impact at the finale before she quickly turned things around at UFC 186. The opportunity to fight on the card came knocking when Claudia Gadelha suffered an injury that forced her out of the fight with Daly and Markos made the most of it.

Markos rebounded in a major way and defeated fellow strawweight Aisling Daly in dominant fashion, ultimately getting her arm raised thanks to a unanimous decision.

Would you quit your job at move countries at the drop of a dime to achieve your dream?