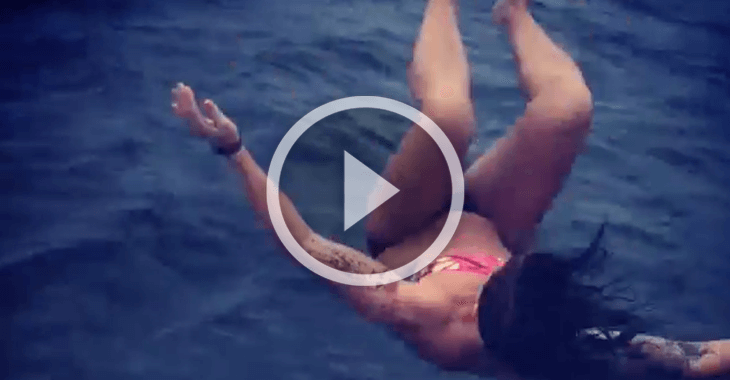 UFC strawweight Joanne or JoJo Calderwood is set to face off with Team Alpha Male’s Paige VanZant on Dec. 10 in Las Vegas. The two will be headlining the UFC Fight Pass exclusive card.

It will be a massive fight for each fighter. VanZant looks to keep her undefeated UFC record intact and take another step up the rankings, while Calderwood looks to grab her second straight win and propel herself with a win over a big name like VanZant.

Ahead of that fight we’ve seen a lot of VanZant, doing press and media for the fight, while he haven’t seen much of Calderwood at all.

I guess it’s because she’s busy jumping off cliffs and stuff, as seen in her latest Instagram post!

Who do you have winning the strawweight battle?