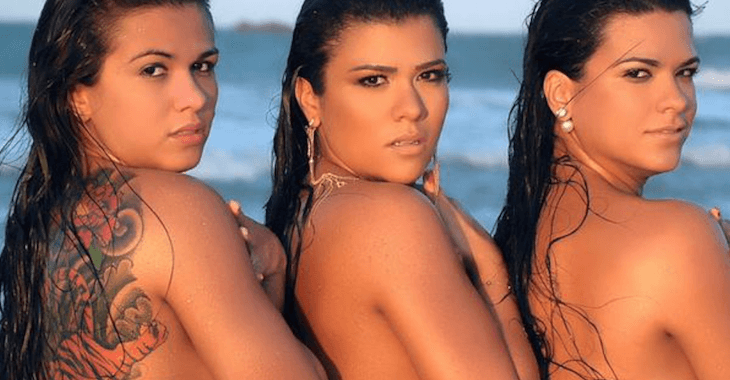 UFC strawweight Claudia Gadelha ended up not getting the title shot she wanted and one many expected her to get.

After her most recent win, over former World Series of Fighting Strawweight champion Jessica Aguilar, it was assumed that she would get a rematch with the champ, Joanna Jędrzejczyk.

The two fought before, back when Joanna had yet to earn the title, and it was an extremely close fight. A lot of viewers even thought it could have gone Gadelha’s way. However, due to issues with her hand and not being ready when the UFC wanted, she was passed over and the title shot now goes to Valerie Letourneau. The two will face off at UFC 193 in Melbourne, Australia on Nov. 14.

However it looks like the decision isn’t bringing her down and she’s still enjoy life, especially with her sisters.

Gadelha took to Twitter to share this revealing photo of her and her two sisters on the beach, topless, with the caption ‘Happy sisters day. #teamgadelha’