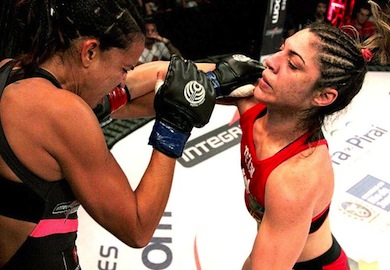 Correia, 30, is 6-0 as a professional and stands next to MMA kin with Bellator fighters Patricky and Patrick as brothers.

Correia has just one finish on her record but with only six professional bouts, all of which outside major promotions, Correia has the potential to shake-up a talented women’s roster.