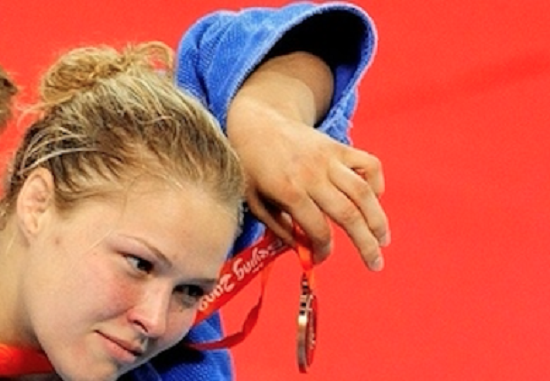 The UFC will officially serve as the head sponsor for the 2015 British open Judo championships on July 12th of 2015 at Wembley Arena in London.

“The 2015 British Open Judo Championships will be a fantastic event and an important stage on which athletes can perform and promote their sport. Judo is a key component of mixed martial arts, and we are excited at the prospect of bringing together UFC fans, judo supporters and practitioners of both sports.”

Since Ronda Rousey took the mainstream MMA world by storm in February of 2013 with her dominant Judo game, Judo has seen a resurgence, something USA Judo President Lance Nading believes comes partly as a result of Rousey’s rise to superstardom.

“As a big MMA fan myself, I’m excited to see that continue. I don’t think there’s a judo practitioner in America who doesn’t follow Ronda Rousey and wish her the best in MMA. She really illustrates what the best of our sport can offer in MMA.”

British Judo Chief Executive Andrew Socular discussed how major it is that the UFC will be sponsoring the event, saying:

“By partnering with such a leading martial arts brand as UFC, we will receive significant added exposure for British Judo as a core martial art, and the partnership will be instrumental in raising the profile of the sport of judo, ultimately leading to increased participation for young people. British Judo’s values include discipline and responsibility. These along with respect and ethics are shared by UFC.”